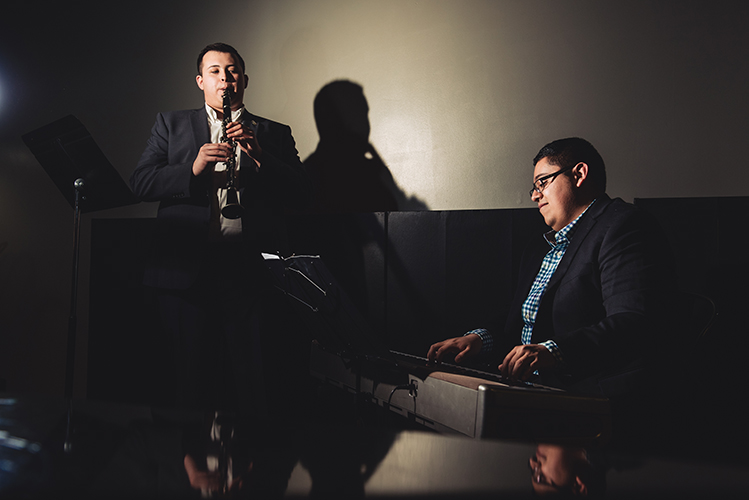 On Feb. 10, Juan Carlos Alarcon and Salvador Perez Lopez found themselves in an unlikely place among hundreds of musicians, songwriters, directors, producers and celebrities. The Indiana natives were at the Staples Center in Los Angeles for the 2019 Grammy awards.

From wandering the red carpet among the crowds of suits and gowns to the stage in front of the massive audience and cameras, Juan and Salvador walked in humble astonishment as their project “American Dreamers: Voices of Hope, Music of Freedom” won three Grammys. 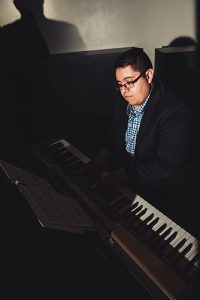 The road to the Staples Center stage and a Grammy award-winning album was long. For Juan the journey began in Puebla, Mexico and Salvador’s began in Guadalajara, Mexico. Both Juan and Salvador came to the United States as children and settled with their families in Indiana, Juan in Elkhart and Salvador in Bremen. Although they came from a different country, Juan, 26, and Salvador, 22, consider South Bend and the Midwest home.

“I live in Elkhart, so Elkhart is my community. South Bend became my community also. I work here, I study here, hang out here. I live half my life here. I consider it my community also,” Juan said. “I’m fortunate enough to be part of these two communities.”

“I spent a lot of time in South Bend,” Salvador says. “I consider it another place I’m from. I connect to South Bend and I love South Bend.”

Like northern Indiana, music was a part of Juan and Salvador’s upbringing. Juan joined his school choir in seventh grade, soon after took up piano lessons and eventually pursued organ as well. Salvador began playing clarinet in sixth grade and eventually joined the South Bend Youth Symphony during his senior year of high school.

Juan and Salvador met in the IUSB music department, but it was not until November 2017 when Salvador told Juan about an invitation from Kabir Sehgal to work on a jazz album with John Daversa and his big band that the friends and Mexican-born immigrants discovered the similarity of their backgrounds. Both young men knew of their separate journeys to the U.S., and both discovered as young adults that they were undocumented immigrants. As Salvador explained that Daversa’s album would focus on and be created by DACA (Deferred Action for Childhood Arrivals) recipients, the peers realized they were both Dreamers.

“Juan and I were good friends at IUSB, but I didn’t know he was a Dreamer,” Salvador said.

Salvador flew to Florida in March 2018 to record for Daversa’s project. In a casual conversation with Daversa, Salvador realized Juan might also have a place on the album.

“(Daversa and I) were walking together and he was like, ‘If only there was an organist on the tracks.’ Immediately, I was like, ‘Hey my good friend happens to be a Dreamer and happens to play organ,’” Salvador said. “I shot (Juan) an email, they figured out logistics and two days later he was flown down there.”

“I’m teaching piano and Salvador called and asked me if I want to come down to Florida. The producer wanted me to come and join them,” Juan said. “Then I was on my way to Florida Sunday morning.” 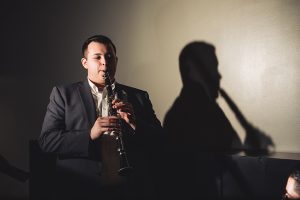 “American Dreamers” is a jazz-oriented album that is both a well-produced, collaborative work of art and a profound sociopolitical statement directed at the Trump administration’s policy in regard to DACA, a program legislated during the Obama administration that offered protections for adults brought to the U.S. as undocumented children. The album won all three Grammy awards for which it was nominated — Best Large Ensemble Jazz Album, Best Improvised Jazz Solo Performance and Best Arrangement, Instrumental or A Capella.

Working on the album was privilege enough, according to Juan and Salvador, but when the project was nominated for and awarded Grammys, they knew they were part of something march larger.

“I was so happy that, finally, somebody was talking about this. The best way to do it is through music,” Salvador said of the album. “I think being nominated was a big thing. The recordings show the true message behind album.”

“It was an intense, great experience overall. To me, I was like, ‘I have this experience that’s good enough for me,’” Juan said about working on the album. “I’ve always known, but (the Grammys) reminded me this isn’t my award. … It’s my community’s, teachers’, parents’, friends’, family’s.”

Juan and Salvador hope their stories and the album stand as examples of success, as well as beneficial, necessary diversity for other young immigrants and for U.S.-born citizens alike.

“I want it to say we’re all Americans and this is a humanity issue,” Salvador said.

“There’s this melting pot idea of America. I don’t like that because when you melt, you’re all the same,” Juan said. “I like the mosaic because it’s one whole, but the closer you get the more differences you see.” 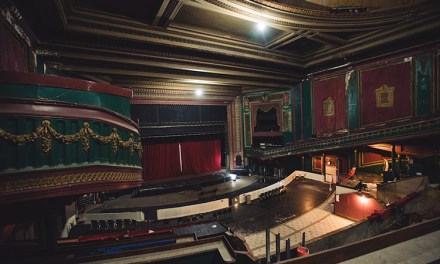 Can the State be Saved? Advocacy group seeks to revive downtown theater 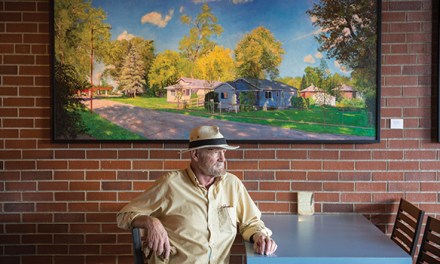 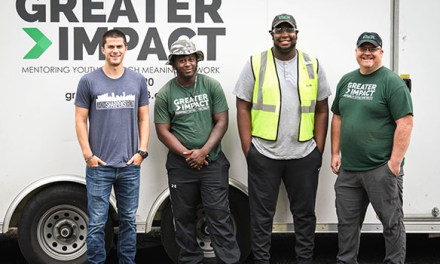 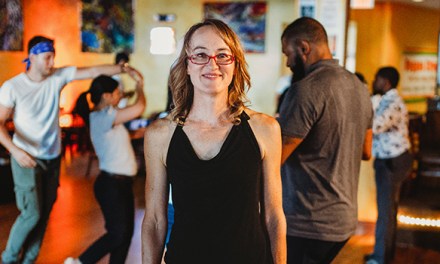